Case Closed: Graphene Is the Next Carbon Nanotube

Despite graphene's exceptional properties – and endless proselytizing by academia, industry, and media alike, of its wunderkind material status – Lux has consistently articulated a healthy dose of skepticism regarding the material's concrete commercial potential. In our 2012 report "Is Graphene the Next Silicon...Or Just the Next Carbon Nanotube?" (client registration required), we examined the interplay between graphene's compelling performance properties as an advanced material, and the significant hurdles it would inevitably face transitioning from the lab to the marketplace. As background, one look at the rocky history of graphene's older carbon cousin, multi-walled carbon nanotubes (MWNTs), shows that a research and patent boom along with impressive technical performance is far from a guarantee of commercial success (client registration required). In fact, we've long encouraged participants in the graphene space to view their MWNT predecessors as a lesson to be mindful of – a case study with trials and tribulations on display to be learned from rather than repeated (client registration required). However, our ongoing monitoring of this landscape has made it increasingly clear that graphene looks much closer to the next carbon nanotube than the next silicon, and here's why: 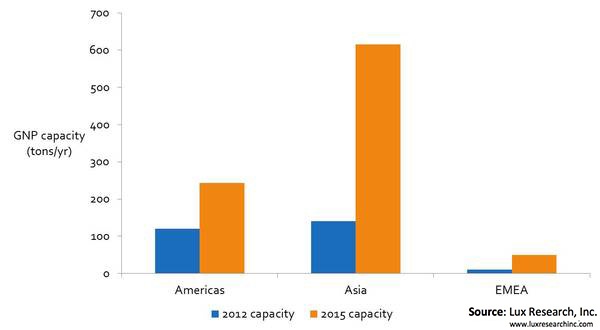 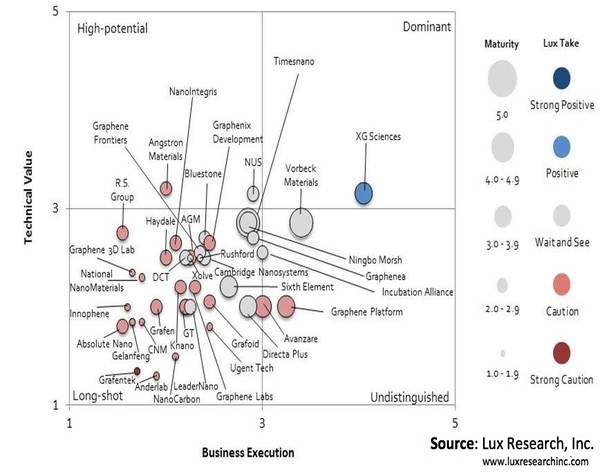 While the aforementioned market dynamics certainly present a bleak picture for those seeking to make money from selling the raw material, multinationals may view the space through the lens of arbitrage opportunities and leverage the looming market shakeout to scoop up developers (or their technology portfolios) on the cheap. Similarly, the GNP supply glut will increasingly present attractive, low-price opportunities for downstream application developers. However, such application developers need to be confident they possess the internal expertise to bring graphene to commercial success in target markets, unlike Bayer MaterialScience's doomed fate in MWNTs, for instance, in which the company's lack of internal activities in composites and batteries were a major hindrance to the commercialization of its nanomaterials (client registration required).

Finally, it would be a disservice to graphene film developers to entirely lump them in with their GNP peers. While GNP developers indeed appear poised to repeat the trajectory of their older MWNT cousins, graphene film start-ups, on the other hand, have shifted strategy. While initial hype and attention on graphene film application development focused on TCF segments like displays and touch screens, in the past two years there has been a pivot among developers to sensors to spur revenue growth (client registration required). For instance, Graphene Frontiers (client registration required) has positioned itself as a sensor (rather than graphene) developer (client registration required for each). While this pivot to selling sensor devices rather than raw graphene indicates a maturation from a business model standpoint, inducing a bandgap in graphene is not trivial, and developers may ultimately find this segment even more challenging to penetrate than TCFs. Regardless, it is at least heartening to observe start-ups reacting to struggles (in this case finally realizing besting incumbents like ITO and other emerging material options like silver nanowires and metal nanoparticles is a daunting challenge) and devising new strategies that take into account critical lessons from the past. Just don't expect graphene to live up to the untenable hype, or become the next silicon.